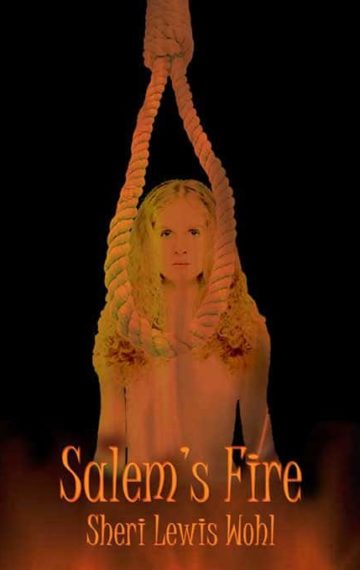 In a small town nestled among mountains and pine trees, the line between the past and the present begins to blur. Over three hundred years later and thousands of miles from the barren gallows hill of Salems Village, accused witch Martha Corey and magistrate John Hawthorne come face to face once more. This time, however, the tables are turned and it is Martha Corey who holds the power as a county Judge and Hawthorne, the accused. But again it is Martha ?Marti? whose life hangs in the balance with only centuries-old memories and the help and love of the attractive new Sheriff, Keane Wickham, to save her from the hangman’s noose.

With raven black eyes and stiff white collars, their heads seemed to float above their bodies. It scared her a little, though she was more confused than afraid. She couldn’t understand why it was so difficult for them to catch sight of the truth. Why didn’t they open their eyes and see?

Questions, questions, questions. They kept asking, one right after another, while all eyes bored into her. They were watching and waiting for her to crumble. And all the while, she just wanted to pray. She asked them and they told her no. They said they were godly men and yet they refused to let an old woman pray. Somewhere, somehow things had gone wrong.

She stood behind the truth of her words and refused to give into their accusations of sin. It was true she was old, the strength and vigor of her youth long gone. Not her spirit though, it would not fail her for she had done no wrong. Only the future looked bleak and empty save for the hangman’s rope. The hemp was so new, she could almost smell it.

They rattled on, the words raining about her head like a hailstorm. They could talk forever and it would not change the fact that their words were full of falsehood and lies. Fighting was impossible, especially for one old and without the strength of her youth. Even as black and vile as it was, all was not lost. She held on to the one truth that would carry her through. She held on to God.

They denied her the right to pray out loud and so be it. She clasped her hands together and prayed in silence for salvation and justice.

I've been silent for some time now. Life took some twists and turns I didn't see coming and I made a choice to be more introspective. It was a painful time in many ways and in … END_OF_DOCUMENT_TOKEN_TO_BE_REPLACED